The OTC bear market continues; however, this too shall pass. We’ve been here before and will be here again. Markets go in cycles and OTC stocks aren’t immune. Matter of fact, the OTC probably sees more bull and bear markets in a year than any other market.

OTC investors are failing to realize that there are still plenty of opportunities on the OTC Markets. Continuing to buy the dips in losers is not a winning strategy. We tell our subscribers to focus on what’s working and ignore the noise. Don’t get caught up in the diamond hands/paper hands BS. We talk about all of this in the video below.

Abraxas Petroleum Corporation is a great oil play, and we already reported on this OTCQX stock last week. However, we find it necessary to update you on the latest moves as the stock has more than doubled since then thanks to surging oil prices that could update their record levels soon. The last time we checked AXAS, it was trading at $1.51, and now you can buy it for $3.20 per share, after peaking near $5 to hit the highest in over two years. This demonstrates once again our unmatched experience of anticipating momentum before it happens.

AXAS is now a $35 million company that engages in the acquisition, exploration, exploitation, development, and production of oil and gas properties. It operates oil and gas assets in the Permian/Delaware Basin and the Rocky Mountain regions. More than one year ago, it was estimated that its proved reserves were 16.8 million barrels of oil equivalent, which would translate into more than $2 billion considering today’s oil prices. Thus, even though AXAS surged to the highest in over two years, it still has much potential to grow further.

A few weeks ago, the company announced a restructuring of its finances. It sold its Williston Basin assets to Lime Rock Resources for $87.2MM, repaid all of its revolving credit facility, and exchanged its entire Second Lien Term Loan held by Angelo Gordon Energy Funding, LLC into newly authorized Series A Preferred Stock.

The recent spike is closely related to the shocking oil price boom, with both Brent and WTI surging by over 40% since the end of February to trade at $129 and $124.70, respectively. Crude has extended its rally as US President Joe Biden announced on Tuesday a ban on fossil imports from Russia. The move comes after a similar decision from the UK.

Last year, the US imported about 672,000 barrels per day of oil and refined products from Russia, which is about 8% of total imports, according to Andrew Lipow, president of Lipow Oil Associates, who reviewed data from the Energy Information Administration.

While the AXAS price might correct, the stock has great potential thanks to its huge oil reserves that have already been proved.

$CEI GUYS $AXAS is the next $INDO, market cap 1/10th of $INDO trading on 82k average daily volume compared to $INDO 6+ million with only 8.42m outstanding shares. This is going to $20 ✔ pic.twitter.com/nzCqfvphgR

Another oil play that is showing even greater performance is FEC Resources Inc. The Pink Current stock has gained over 350% during the last five trading days alone, surging from $0.003 at the beginning of March to the current level of $0.018. The price peaked on Monday at three pennies, which is the highest since August.

FECOF engages in the exploration and development of oil and gas properties in the Philippines. Through its interest in Forum Energy Limited, the company owns a 70% interest in Service Contract 72, an offshore license located to the northwest of the Philippine Islands of Palawan. The $20 million company is headquartered in Australia and is a subsidiary of PXP Energy Corporation.

FECOF hasn’t provided any major update during the last few months, but the price is driven by external factors. Shortly after the US decided to ban oil imports from Russia, a top Russian official warned that prices could explode to $300 per barrel, which is two times the all-time high set in 2008. Moreover, Russia said it might close the main gas pipeline that goes to Germany, prompting a surge in gas prices.

“It is absolutely clear that a rejection of Russian oil would lead to catastrophic consequences for the global market. The surge in prices would be unpredictable. It would be $300 per barrel if not more.”

Meanwhile, the Philippine Government recently approved Forum Energy Plc’s (FEL) operation plans for 2022, including the drilling of two wells and a 3D seismic survey. FECOF has a 6.8% interest in FEL, which could be worth about $1 billion according to some estimates based on the expected gas reserves. FECOF is definitely an undervalued OTC stock.

Kona Gold Beverage, Inc has gained almost 60% since last week, but the OTCQB stock isn’t necessarily in a bullish mood but simply trying to reverse a long-term downtrend that has slashed over 95% of its value since its 2019 peak at over $0.13. Since then, the stock has been declining without finding any reliable support. It bottomed out on March 4 at $0.0033, the lowest since the beginning of 2017. The good news is that the recent spike, which saw the share price surging to the current level at $0.0063, has been accompanied by impressive volume figures that rose to the highest since 2019. This may be a sign that the stock is reversing the downtrend for good, especially as the company is improving its fundamentals.

KGKG promotes itself as a lifestyle company that specializes in developing hemp and cannabidiol (CBD) products in the functional beverage and fitness markets. It focuses on the hemp energy drink, CBD energy water, and CBD water markets. The $7+ million company is selling products through resellers, its website, and distributors that span across 27 US states. KGKG’s products are available in a wide variety of stores, including convenience and grocery stores, smoke shops, and gift shops. It also distributes premium beverages and snacks to over 500 grocery stores, convenience stores, smoke shops, vape shops, and specialty stores located in Florida and South Carolina.

The latest price increase came after KGKG announced that its popular Ooh La Lemin Lemonades would be sold in Walmart brick and mortar stores. The company’s 16 oz Ooh La Lemin Lemonades, available in 4 flavors, will be included in modular sets in all stores with 12 ft or wider coolers in select states starting in June this year. KGKG will announce the states at a later date. The 4 flavors of Ooh La Lemin will be in Walmart’s system nationwide. 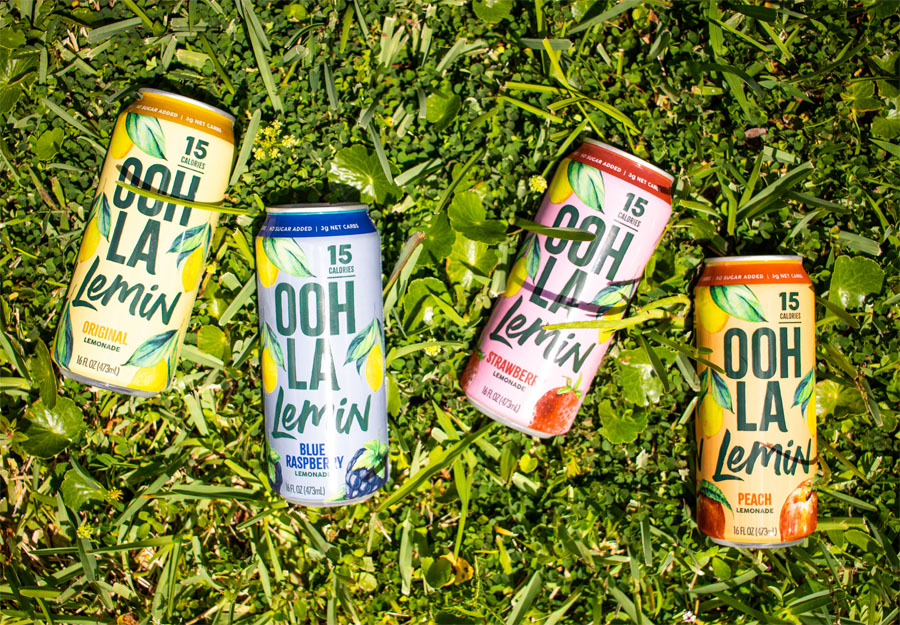 “This is a huge step for Kona Gold Beverage and a testament to how hard our team has been working in building our brands. Our Ooh La Lemin Lemonades will be available at Walmart locations where we currently have full state distribution and states where we are bringing on new distribution partners for this roll out.”

Meanwhile, Kona Gold has hit or exceeded its monthly revenue projections for the first two months of 2022. KGKG has much room for growth as it has been under bearish pressure for years.

Tonner-One World Holdings, Inc is another bounce play. The Pink Current stock broke above the penny mark in October to hit the highest level in more than five years, but it has been consistently declining since then. The crypto play bottomed out on March 3 at 0.001, which is the lowest since mid-September. That month we discovered TONR, and it was trading at $0.0068. It eventually surged to over $0.015 in October, but has lost momentum and is now trading at $0.0026, up over 100% since last week.

The company has had no operations but was planning to merge with an operating cryptocurrency, decentralized finance (DeFi) or fintech business.

Despite the bearish pressure, we think TONR is a good OTC stock that can explode soon, especially considering that it’s only starting its journey in a fast-growing market while authorized shares are almost maxed out.

On Monday, TONR CEO Corinda Joanne Melton released an update to shareholders, announcing a meeting to be held the following day. She said the company would present the new leadership team and reveal the growth plan over the next few years.

Over the next six months, the company will begin rolling out new phases of the DCC, with the first being the recent launch of TradeScore, a suite of crypto, forex, and market trading applications, which had received an official endorsement from the former CEO of Epic Trading, Spencer Iverson. The TradeScore line consists of four market indicators designed to help traders adhere to concise, rules-based trading strategies based on fundamental and technical market analysis.

More interestingly, the second phase of the DCC will be the launch of collectible non-fungible tokens (NFTs), which will be minted from an exclusive IP license with the Prettie Girls! line of toys, Stacey McBride-Irby, creator of So In Style® Barbie™, and celebrity doll designer Robert Tonner, who is best known for his dolls based on feature films like Harry Potter, Wonder Woman, Avatar, and Superman, among others.

The third phase of the DCC will be the launch of a proprietary trading firm, Forex Funding Group. This firm will specialize in providing capital to qualified forex, crypto, and stock market traders. The firm will generate revenue from paid challenges by prospective contractors and the profitable trading of contracted traders. The Forex Funding Group website is currently under construction.

The fourth phase of the DCC will be the development of animated short-length projects, feature films, and Metaverse applications centered on the Prettie Girls! TONR’s entertainment subsidiary, Prettie Girls! Productions, has already completed several pitch projects for presentation to Netflix, Disney +, Hulu, and Prime Video.

DCC will also pursue a conceptual fifth phase with the launching of the Tonner-One World digital currency exchange and brokerage firm. While this phase is an exciting proposition for the company, it will begin no earlier than the second half of 2023.

This is a very solid roadmap that will definitely help TONR break above its October peak. We believe TONR is really a great bet at current levels.

Click to comment
WOW!! Small Caps Are On Fire
$.10 Penny Stock Profile On Deck Along With Full Report On MULN
To Top