Markets are tough right now, but this too shall pass. Just need to ride this out. In the meantime, it’s best to take profits when you can. Also, it’s important to look for penny stocks with long-term potential.

Smart investors know that if you want to make the big money off a small account, the place to be is in penny stocks. There are many good penny stocks that can boost your portfolio’s value in the long term. We preach the key to trading penny stocks for investors is finding momentum BEFORE it happens and ahead of the crowd.

In this article, we take a look at 4 penny stocks that can do well in the following weeks and months. They are Houston American Energy Corp (NYSE American: HUSA), Nine Energy Service Inc (NYSE American: NINE), Imperial Petroleum Inc (NASDAQ: IMPP), and RiceBran Technologies (NASDAQ: RIBT).

Houston American Energy Corp had another great week, extending gains by 30%, up over 150% over the month to trade at $7.10. We reported on this oil play at the beginning of the month when it was still a penny stock.

HUSA, traded on NYSE American, is an oil and gas company that engages in the exploration, development, and production of natural gas, crude oil, and condensate in the US and Latin America. Its oil and gas properties are located primarily in the Texas Permian Basin, onshore Texas and Louisiana Gulf Coast region, and in the South American country of Colombia. As of December 31, 2021, the company owned interests in four gross wells.

A few weeks ago, HUSA completed the acquisition of an additional interest in Hupecol Meta, LLC. Hupecol Meta owns the 639,405 gross acre CPO-11 block in the Llanos Basin in Colombia, which comprises 69,128 acre Venus Exploration area, operated by Hupecol, and 570,277 acres of which was 50% farmed out to Parex Resources by Hupecol. In total, the CPO-11 block covers almost 1000 square miles with multiple identified leads and prospects expected to support a multi-well drilling program. Through its membership interest in Hupecol Meta, Houston American now holds an approximately 11% interest in the Venus Exploration area and an approximately 5.5% interest in the remainder of the block.

The news triggered the current rally, but it has been extended thanks to external factors as well, as oil prices continue to surge and are now getting close to their record. Earlier in June, the European Union green-lighted the partial ban on oil imports from Russia.

On top of that, WTI futures broke above $122 after inflation data from the US Labor Department showed that the consumer prices index (CPI) accelerated in May at an annual 8.6%, while economists expected that March’s 8.5% had been the peak. In the US, gasoline prices surged to record levels.

This is across from my office.. this isn’t even a holiday weekend yet. Remember what I said..be ready. We know what happens to gas prices heading into Father’s Day weekend, Graduations, BBQs, road trips & summer vacation. $IMPP $HUSA $INDO $ENSV $CEI $USWS $MXC $MARPS $XOM $CVX https://t.co/AmCtwuJfHz pic.twitter.com/Bb0P367nMU

We expect new highs in HUSA as the company has acquired more relevant assets that can be leveraged in the near and long-term future.

Another NYSE American-listed energy play is Nine Energy Service Inc, which has gained almost 40% over the month. On Thursday, NINE broke above $4.2 for the first time since March.

The $120 million company operates as an onshore completion services provider that targets unconventional oil and gas resource development across North American basins and internationally. It is the result of a merger of well-established oilfield services companies.

NINE offers cementing services, which consist of blending high-grade cement and water with various solid and liquid additives to create a cement slurry that is pumped between the casing and the wellbore of the well. It also provides a portfolio of completion tools, such as liner hangers and accessories, fracture isolation packers, frac sleeves, stage one prep tools, frac plugs, casing flotation tools, specialty open hole float equipment, disk subs, and others.

On Thursday, the company announced that its completions technology had reached a key milestone, as it had over 250,000 Scorpion™ Composite Plugs sold to date. The Scorpion comes from Nine’s robust line of composite plugs designed with extreme durability and outstanding drill ability for the longest laterals in America.

“We never had a doubt the Scorpion would sell. The short, durable design allows for exceptional isolation and faster millouts, setting this product apart from every competitor.”

Scorpion is the first in its class to deliver a dependable, durable, and cost-efficient method for temporary zonal isolation during plug-and-perf operations in both vertical and horizontal wells. The built-to-last tool has an incredible track record and has the ability to endure the most extreme conditions and temperatures. 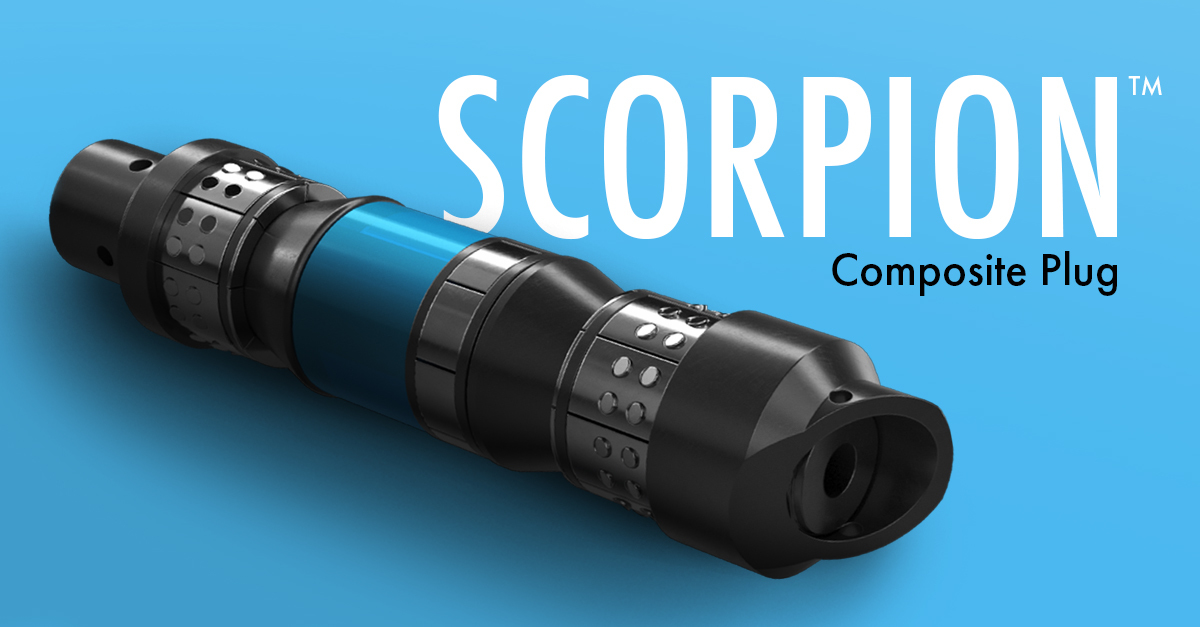 Last month, NINE reported a Q1 loss of $0.22 per share, which was way better than the expected loss of $0.38 as per Zacks Consensus Estimate. The company saw a loss of $0.85 in the same quarter last year. Over the last four quarters, NINE has surpassed consensus EPS estimates two times.

The company posted revenues of $116.94 million for the quarter, surpassing expectations by 1.77%.

We think NINE has solid fundamentals and will benefit from the general bullishness in the energy sector. Moreover, the stock may become a short squeeze candidate, as 14% of the float is shorted, as per finviz data.

Imperial Petroleum Inc is a NASDAQ-listed energy stock that has also benefited from surging oil prices. IMPP was uplisted to NASDAQ only recently, and it almost hit the $10 mark in March of this year. However, the stock lost ground and bottomed out at $0.40 at the end of May. It has doubled in price since then to trade at $0.88, although it remains to be seen if the price has enough strength to reverse the general bearish trend and extend the rally. So far, the $60 million company has added 60% over the week.

The Greek company provides international seaborne transportation services to oil producers, refineries, and commodities traders. It carries refined petroleum products, such as gasoline, diesel, fuel oil, and jet fuel, as well as edible oils and chemicals, and crude oils. As of the end of March, the company owned four medium-range refined petroleum product tankers and one Aframax crude oil tanker with a total capacity of 305,804 deadweight tons (dwt).

At the end of May, IMPP announced that it had entered an agreement to acquire two Suezmax tankers, built at Hyundai Samho in 2007 and at Samsung Heavy Industries in 2008, with an aggregate capacity of approximately 320,000 dwt, from an unaffiliated third party for an aggregate purchase price of $46.8 million, with delivery expected by mid- June 2022. The company expects to finance the purchase price with cash-on-hand and new senior secured bank debt.

Earlier that month, IMPP closed a $40 million underwritten public offering, selling almost 73 million shares at a price of $0.55 per unit, so it has most of the funds to cover the acquisition.

The company is doubling its capacity thanks to the upcoming acquisitions, which means more revenue. Meanwhile, shipping rates have been increasing amid supply chain bottlenecks worldwide.

The fact that IMPP is trading near its bottom makes it a great penny stock to hold, especially as it benefits from a confluence of external factors, including higher shipping rates and demand for oil. We expect another major spike in IMPP shares, especially after its next earnings report.

RiceBran Technologies is another NASDAQ stock on our list, although it is not related to the energy sector. The $40 million company has had a great year so far, maintaining the bullish trend that took off in January. RIBT has gained 40% over the month and has doubled in price since the beginning of the year. The stock is now trading at $0.77. On Wednesday, it peaked at $0.90, which is the highest since September.

RIBT operates as a specialty ingredient company. It focuses on producing, processing, and marketing of value-added healthy, natural, and nutrient-dense products derived from rice and other small grains. The company converts raw rice bran into stabilized rice bran (SRB) and high-value derivative products, including:

RIBT has benefited from surging food prices, especially after the Russia-Ukraine conflict caused serious concerns about the wheat shortage that could push prices higher. Nevertheless, it’s not only about wheat – there is a food shortage worldwide, and many regions are preparing to face famine.

$RIBT $AGRI "According to #UnitedNations figures, the number of severely food-insecure people has doubled in the past two years, from 135 million pre-pandemic to 276 million today."#foodshortages #Food #stocks #foodshortage #Foodsecurity #StocksInFocus https://t.co/T9wooVUQzA

RIBT is in a position to benefit from the increasing demand for foods, including rice. On top of that, the company is leveraging the companion animal market.

At the beginning of the month, RIBT said that it would start expanding its Core-SRB facility in Mermentau, Louisiana. The expansion is expected to increase the capacity of the facility’s SRB stabilizing capabilities, enabling RiceBran to meet the growing demand for North American-sourced ingredients for the companion animal market. The project, which will be completed in Q3, will add a fifth extruder to the RiceBran’s Mermentau, Louisiana facility.

The move comes about two weeks after the company announced the start of a significant capacity expansion of its MGI Grain Incorporated (MGI) facility in East Grand Forks, Minnesota. The expansion is expected to double the capacity of the pearling mill, enabling RiceBran to meet growing demand for North American-sourced, grain-based ingredients and with a minimal capital investment and a limited increase in labor.

We like that RIBT is expanding its production capacity, with the company benefiting from higher food prices as well. In April, it reported a revenue of $10.6 million in the first quarter, up 23% year-on-year and 31% q/q. The increase was driven by higher core-SRB sales and strong growth for MGI and Golden Ridge. Improved results for MGI and Golden Ridge supported a return to gross profits from gross losses in 4Q21, although gross profits of $502,000 in 1Q22 were off from $672,000 a year ago due to lower Value-Add SRB derivative sales.

While RIBT might be overbought, we think it has solid fundamentals and is a good penny stock to hold in the long term.