The Battle For Soupman Inc (OTCMKTS:SOUPQ) Is Just Starting

Soupman Inc (OTCMKTS:SOUPQ), which manufactures and sells soups under the name of “Original Soupman”, surprised the market on September 6, 2017 after a new letter from Jeffrey Freedman, Manager at WealthColony Management Group, LLC, was published the same day. The share price went from $0.01 to cross the level of $0.03. In addition, more than 20 million shares changed hands that day.

You may remember from our previous article Soupman Inc (OTCMKTS:SOUPQ) Is A Prime Takeover Candidate” that WealthColony Management Group, LLC, had claimed ownership of 51% of the total outstanding shares of the company. The current Board of Directors of SOUPQ did not respond favorable. Well, in this article, we will explain what happened, and why the share price reacted. Read until the end and you will understand everything.

Let’s revisit the business model of SOUPQ. It manufactures and sells soups under the brand name “Original Soupman”. Maybe some readers know the product. It can be found in big chains, such as Kroger, Publix, and Safeway. 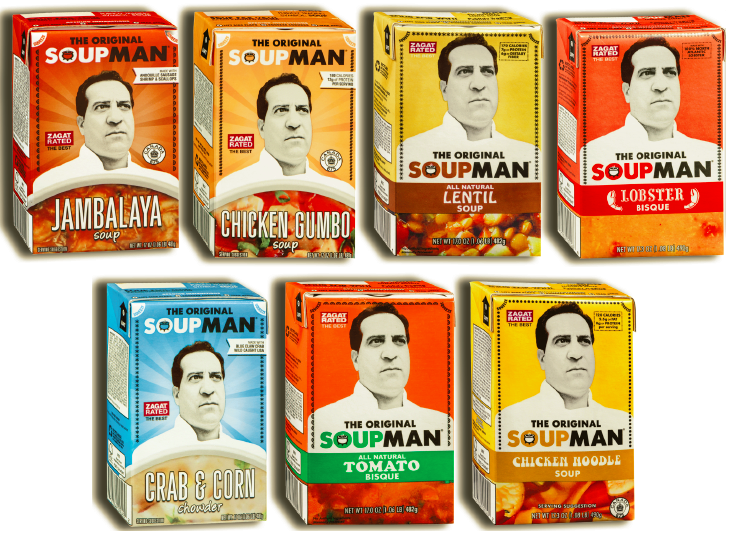 Now, let’s go for the announcements. We need to recap a bit what happened. On June 13, 2017, Soupman Inc. announced that it had filed for Chapter 11 bankruptcy protection, and it was going to receive $2 million debtor-in-possession credit facility (“DIP”) from an independent third-party private investment firm. After which, WealthColony SPV II, L.P., declared that it had acquired large amount of shares of the company. In the first filing, a stake of 40.1% was noted. WealthColony SPV II, L.P., said that the DIP financing that the company had obtained was not fair.

“(i) the General Partner’s concerns about the existing management team of the Issuer, (ii) its belief that alternate financing with better terms may be available and (iii) its belief that the proposed DIP financing is not fair, reasonable and adequatete under Section 364 of the United States Bankruptcy Code because the interim DIP financing is not necessary for the operation of the Issuer and other debtors.” Source

On August 18, 2017, WealthColony again noted another stake, but this time much larger: 51%. Additionally, WealthColony sent a letter to Jamieson Karson, CEO, saying that the “Former Directors were no longer authorized to act on behalf of the Issuer, and requested that the CEO instruct the Former Directors to refrain from any such actions, and from holding themselves out to anyone as having such authority.“

The reaction of Soupman Inc. and the Board of Directors was interesting. It submitted a letter claiming that WealthColony SPV II, L.P., did not prove to have acquired 51% stake and needed to do so. In our previous article, we said that readers needed to follow very closely the news from the company, as it could create a share price jump. This is exactly what happened.

The following is a new letter that WealthColony SPV II, L.P., transmitted to the company on September 6, 2017 and it created the share price reaction on SOUPQ’s stock price:

We are in receipt of the letter dated August 21, 2017 from Jeremy Johnson of Polsinelli PC, counsel to Soupman, Inc. (the “Company”), in which Mr. Johnson advises that the Company cannot acknowledge the effectiveness of the actions taken by WealthColony SPV II, L.P. to replace the Company’s Board of Directors because, among other things, it is unable to verify that WealthColony SPV II, L.P. has received the affirmative vote of a majority of the outstanding shares entitled to vote in order to remove a director. Please be advised that WealthColony SPV II, L.P. has elected to not challenge the Company’s position with respect to the effectiveness of the actions and hereby revokes the consent delivered with its letter to you dated August 18, 2017.” Source

As we said in our previous article, the fact that a market participant acquired such a large stake in the company is very positive because the firm is interested in the assets that Soupman owns. Even if the company has filed for Chapter 11, there are still firms interested in the assets hidden in the balance sheet. Hence, we believe that the fight between both parties is very positive. It also puts common shareholders on the same side as a deep-pocketed investor like WealthColony to protect all shareholder’s interests.

What happens now and Conclusion

Be sure to check out our coverage on SOUPQ!

The Battle For Soupman Inc (OTCMKTS:SOUPQ) Is Just Starting